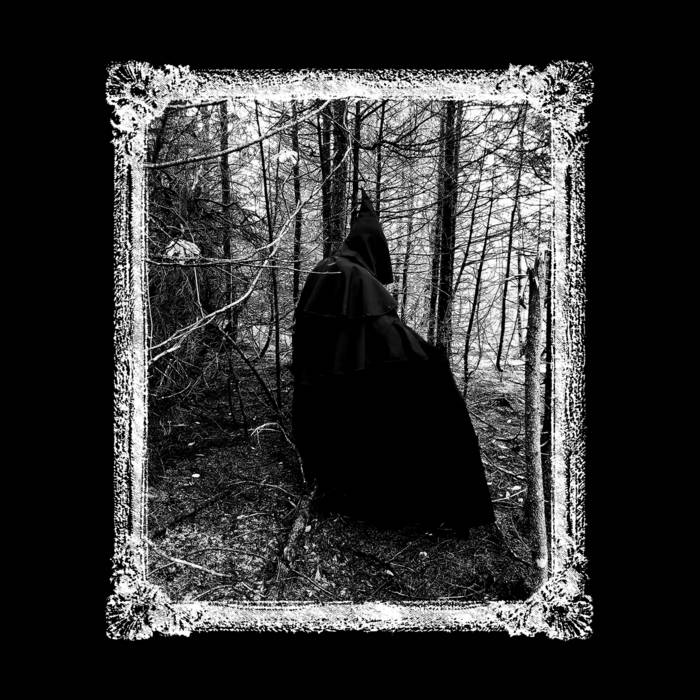 Bašmu is the sole domain of the mysterious Xülthys, who's also insanely prolific across other such projects as Flešš - with whom LUNAR APPARITIONS reissued their debut album and demo on separate A5 digipack editions last year - Chaoist, Drenglyndr, and Girtablullû. Although all but Chaoist are some iteration of black metal, with Bašmu does Xülthys explore the shimmering shadowself of the most rotten, mildewed depths of the ancient '90s black metal underground - back when traditional witchcraft, vampirism, blood rites, self-hatred, and generally antisocial behavior were all mandatory. Taken another way, if Flešš is comparable to Belkètre, then Bašmu most definitely would be comparable to Moëvöt.

Indeed, it's not uncharitable to liken Xülthys to the works of Vordb Dréagvor Uèzréèvb, the insanely prolific deviant of France's infamous Black Legions. As such, Bašmu mines equally chilling - and equally stratifying - territory, travelling from dungeonic violence up above to lost-in-the-forest ambience. Originally released in 2017 but only on cassette tape, VVitchblood arguably plunged deepest into this treacherous terrain and most definitely with the most unorthodoxy. Undeniably raw, there exists a concertedly detailed soundfield utilizing, paradoxically, the sparsest palette. Each note is where it needs to be, hovering and anguished and unearthly, and others comes in when ready and melt into further reverberations. Xülthys spares no weapon in his quest for medieval ruination and rancor; FX pedals are applied liberally to guitars and vocals, malforming both into new (and more horrifying) manifestations, while the synth/organ work here will unnerve even the steeliest of constitutions. VVitchblood undoubtedly bears strong resemblance to black metal "back in the day," but its atonal 'n' atagonistic aspect puts it into a realm all its own...and one perpendicular (rather than parallel) to other nowadays raw black metal.

Bašmu is Xülthys's muse alone, and we can only guess at what haunts his soul. Lunar Apparitions is honored to resurrect VVitchblood from those dungeonic depths and ruin your day with its long-overdue CD release.